A Christmas Story for St Francis 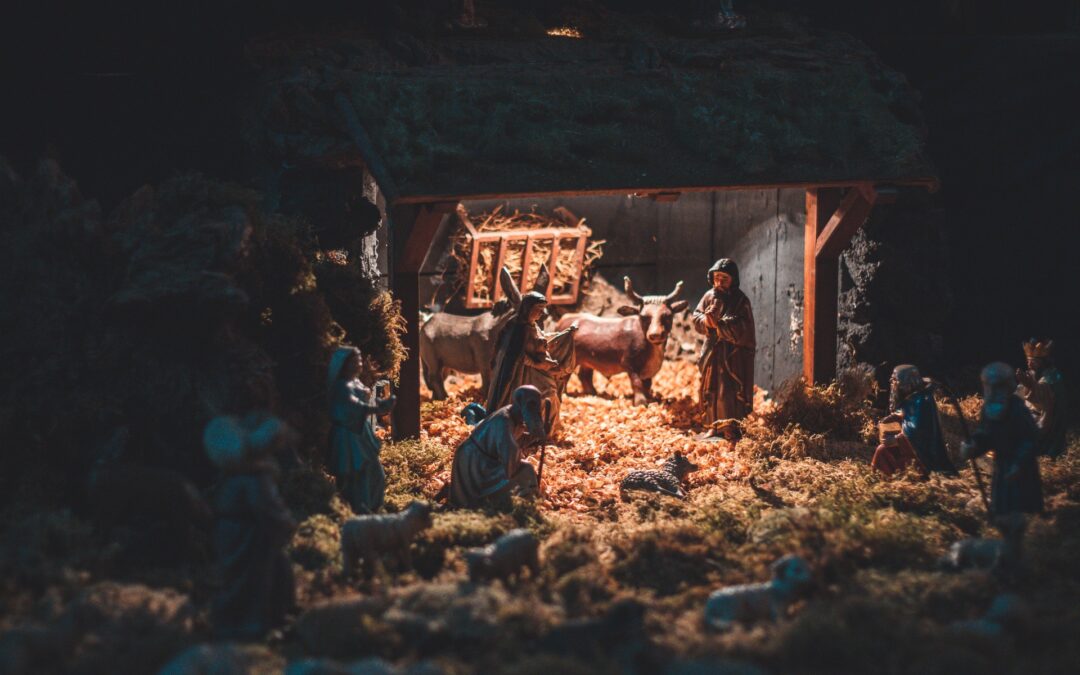 Has anyone ever discovered that a cherished piece of your own work, search as you may, is absolutely NOWHERE to be found on your computer? Yes—I thought so!

I wanted to put another of my own stories on the blog for Christmas, but could not find it anywhere on my computer. Defeated, I thought it would certainly be in my written files, able therefore to be copied back. No! After a long search—which would have been worse if it hadn’t thrown up some other things I’d written about and completely forgotten—I still couldn’t find it.

On the first day of this New Year, I found this one transcript, cosily nestling in a file among my bank statements for last year. What the…? So—here it is, out of time, but who cares?

A little preamble, for those who may not know, we apparently owe the ‘traditional’ nativity scenes with the crib, holy family, stable and animals, to St Francis, that great saint of the 13th century. He believed that a tableau of the nativity story would come alive for ordinary people more easily than the normal church services and liturgy in Latin. It is said that he was helped by Messr Giovanni de Velluta, a rich landowner and supporter of the monks. The original ox, ass, and sheep were borrowed from a local farm, and a baby doll and ‘treasures from the magi’ were made from wood.

St Francis always seems like one of the nicest and most approachable of the saints. Stories and legends about him, with many new miracles, continued to be told—and frequently invented—over many years. So I am sure he will forgive me for creating yet another of these stories for the enjoyment of young and old at Christmas!

The Robber Boy, The Donkey & The Ox

One day he ran away. He walked and he ran, hiding in farm carts, until he was many dozen miles away, in another part of the country altogether. He was free, but he was frozen with cold and starving. He saw above him on the hillside a small, soft glow of light and climbed towards it.

It was a marvellous open cave! There was nobody there, but a couple of soft lamps cast the glow he had seen. There was a donkey and an ox, both placidly munching hay. There was a sleepy lamb and a few sparrows pecking at the grains on the floor. In the manger, the boy could see a life-size wooden doll, like a baby. It was of no interest to him because it was only bound about with scraps of fabric, no better than his own rags.

What caused his breath to stop and his eyes to pop out were the rich gifts laid out around the manger: dishes of golden coins and jars and boxes encrusted with precious jewels! He was too dazzled to see that these were not treasures at all—only clumsily painted bits of wood and bits of metal and glass. He thought his fortune was made and he grabbed the nearest treasure.

At that moment two things happened. The donkey said, “You know, I really don’t think you should do that,” and the wooden doll burst into tears.

The ox started to argue with the donkey, “Look at the poor boy. He’s cold and starving, why shouldn’t he take anything he wants?”

The robber boy stared in astonishment. The baby was flesh and blood and bawling loudly. The animals were definitely speaking.

“There’s no point in him taking those things, you clodhopper,” said the donkey to the ox. “Those aren’t valuable treasures; they’re not worth anything. What he needs is food and clothing”.

“I could warm his feet and give him some grass,” said a little bleating voice, as the woolly lamb sat down on the boy’s cold blue feet.

The boy’s baby brother had died along with his mother. Almost without thinking he picked up the crying baby and rocked him clumsily. The baby looked up at him, burped loudly, then smiled. Who can resist the smile of a baby? The robber boy smiled back as the little one reached out a pink fist trying to hit his face, chuckling loudly. They made silly noises at each other, both laughing.

Suddenly the donkey nudged him gently and whispered in his ear, “Don’t let Brother Francis know that we can speak!” as a shadowy figure came in through the cave opening.

The boy held the baby closer to him protectively, until he saw it was a man in a brown robe, whose arms and hands were held open and wide in a gesture of peace. All the same, he kept up his guard, hunching over the baby to keep him safe, turning his shoulder in anticipation of a blow.

Brother Francis continued to smile at the boy, who said, defensively, “I didn’t do nothing wrong”. He felt the baby tapping at his cheek again and rocked him until the little eyes closed in sleep, then laid him gently back in the manger and turned to face the man, raising his arm to shield himself from the expected blow.

But Brother Francis was still smiling at him in a very kind way. “Look, young man,” he said, “the treasures you thought you found were worthless, but you can come with me to the priory if you like. There you’ll be given food and shelter and the chance to earn an honest living. How about it?”

The robber boy didn’t need to be asked twice.

As they left the cave, Brother Francis whispered to him, “The ox and the donkey will have a fine time chewing over tonight’s adventures! Oh yes, of course I know about their little chats!”

The robber boy took a last look back at the ox and the donkey, snuffling around the manger. They were reassuringly warm and real, smelling of hay and dung. The lamb was asleep again and the sparrows were still pecking at the straw. The boxes of treasure were quite obviously nothing more than tinsel and paint; how could anyone have mistaken them for real?

Nor was there any sign that a flesh and blood baby had ever been there. But the carved doll, wrapped in its swaddling rags, had a beautiful smile on its wooden face.