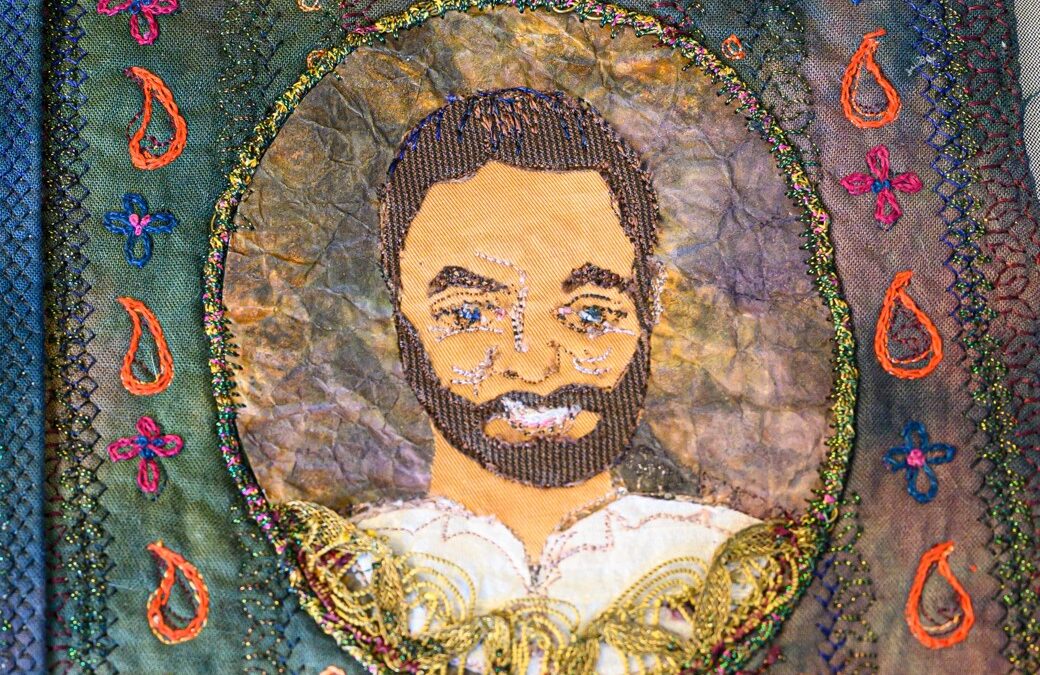 A Traditional Story from Sri Lanka

Here is another story with a lovely message for the season—though it is not about Christmas, nor strictly speaking New Year, though I suppose as it’s about a ‘new beginning’, it is very seasonal.

It is based on a traditional Buddhist tale. I have mentioned before the storytelling tradition, where people make one a ‘gift’ of a story from their own tradition, or even their own life, with permission to retell it.

When I went to different hospitals to do locums in my retirement years, I would often find new acquaintances and watch TV and eat meals with them in the communal hospital accommodation. I learned to watch all the soaps as I was only there for a night or two a week and they were usually full residents for some months. There is an unspoken etiquette in these situations as to who holds the TV remote!

Often, when I mentioned storytelling as my hobby, they would ask me for a story—soaps eventually get boring!—and share one from their own culture, including what is called the ‘backstory’ of how or when they heard it.

This story was first told me by a Sri Lankan woman doctor in 2008. I learned that when she was a child, she and her parents had escaped from their house only minutes before the Tamil Tigers came. Penniless, they fled to Canada and made a new life for themselves. She later came to England and got work where she could, as a locum, with a short spell in Wales. Her life story was enthralling and we talked all evening—the only time we met.

Because we had talked of storytelling, the next morning, over our hurried breakfast in the hospital residency, she announced, “I have a present for you” and quickly told me the basic folk story, which I have worked up and carried on. We never met again and I can’t even remember her name—but I have shared the story many, many times.

Namaste, and thank you, unknown friend.

Once there was a homeless young man living near a village in Sri Lanka. His parents had died when he was a child, barely able to fend for himself. He lived on what he could beg or steal and in the evenings he would edge in, near the village fire, and listen to the men talking. Sometimes they would drive him away with curses, sometimes they let him stay.

So in this way, he learned of the far-off town where people were so rich, they ate several times a day and were dressed in fine clothes.

He also learned that there was a great temple nearby, full of chests of money and statues with gold chains around their necks.

“If I could get some of that gold,” he reasoned, “I could go and live in the big town, in a house. I’d never be hungry again.”

The young man found his way to the temple. For several days he kept at a distance, watching. He saw people going in and out. He saw the monks chanting and praying before statues with gold chains and jewels. He saw villagers coming in with money, which was put away in chests.

Then, with great difficulty, he worked his way round to the back of the temple, among roots in stagnant water, where snakes hissed and slid away. He found crumbling stones in the back wall and worked for days until he could prise one stone away and slip into a storeroom. He waited in the shadows at the back of the temple until he heard the monks chanting their evening prayers. They filed out and away into silence as they went to their dormitory and only then was it safe to creep out.

In the light of the single candle, he could see the statues close up and he studied them all, marvelling at their splendour. He chose gold chains to put round his neck, then he opened the chests, which were full of coins and jewels. He found a white robe and belted it around himself, pouring coins in at the neck until his chest was like a sack of gold.

So absorbed was he in this that he did not realise how time was passing. Suddenly, in the pale light of dawn, he heard the monks coming back, their chant growing louder. He tried to run, but he could hardly move and the clinking coins would give him away long before he could reach the hole.

He did the only thing possible: sank down cross-legged, bowed his head, and pretended to pray.

The monks came in and were amazed. The only door was locked and barred as they had left it.

They garlanded him with flowers and put candles around him, touching his feet with gentle reverence. Then they called in the local villagers.

Through the day, streams of people from all around heard of the miracle and came to see the holy man. They touched the ground before him with their foreheads. They brought children to him, begging his blessing.

A richly dressed woman whispered to him, “Pray for me, oh holy one. My husband beats me because I have no children. Pray that I may be blessed with a son.”

A young man wept and said, “I cheated my brother; I will pay him back. Forgive me, oh holy one.”

A man said, “Help my mother with your prayers, she is very sick.” All day long, the stream of supplicants came.

In the evening, the monks bowed one last time, and then he heard their chant receding as they went away. Now! Now was his chance! He could get out through the hole, find the town, and make his fortune.

He sat still for a long time, tears rolling down his cheeks. In all his wretched life before this, nobody had ever touched his feet in a sign of respect. Nobody had asked him for his help or his prayers, or spoken of him as holy.

The young man put back all the chains and jewels. He returned the money to the chests. Wrapped in the white robe, he settled to sleep.

He continued to live in the monastery, praying and listening to all who came. The monastery became famous for its holy man and he made sure that nobody hung around the door afraid to come in. Beggars were fed, wrongs were righted. In time, the monks made him their Abbot and he stayed for the rest of his life.

When the man was very old, he called the brothers and said, “I am dying, but before I go I want to tell you how I came here. This is the story of the man who came to rob the temple and stayed to pray.”