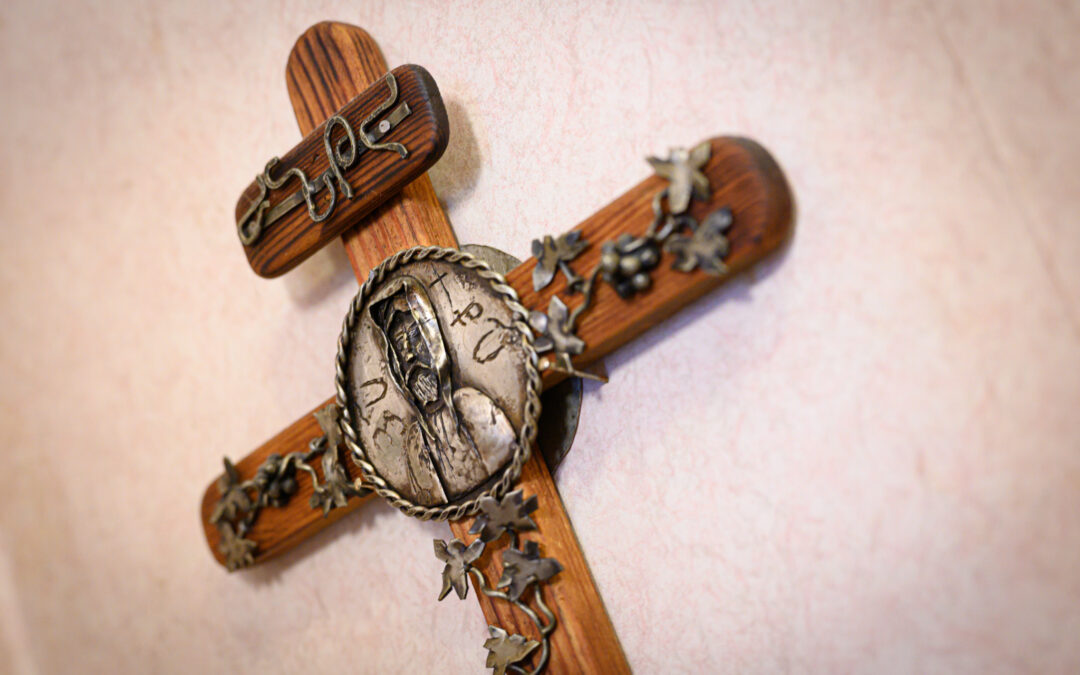 I may seem to have a particular interest in angels, though I hadn’t realised until I started to include them in the blog that this was so. I do not set out to offend anyone, so if my take on them, and indeed on all matters religious, is seemingly lighthearted to the point of irreverence, please forgive me. My Christian faith, as I have said before, is very dear to me, but it doesn’t exclude a reverence and even love for other religions where they are based on love and acceptance—and that includes the atheist and humanist philosophies too.

This first story is true and refers to a fairly short relationship that I had after many years of widowhood and that finished about eight years ago. It is nice to record also that I wrote this up as it happened and that the gentleman in question made contact again soon after, so we were able to part in a very much better way, as friends, with no bitterness or regrets on either side in the end. I have followed it here with a much more recent poem.

One sunny August evening, the man I had loved for two years said he didn’t want to go out with me anymore. No quarrel, no explanation, no discussion. It hurts just as much whether you are young or old. I’ll tell you something you wouldn’t want to learn from personal experience: it hurts a lot more than open-heart surgery.

When I had gone to see him the previous evening I had impulsively put my heart rosary in my bag, a sort of good luck charm, I suppose. Now it was gone. I looked everywhere, possible and impossible, on that sunny morning. I was drowning in misery and somehow it all crystallised into one single determination. I must have a rosary. Where could I get one? The little shop run by Barry’s sister closed years ago.

Why on earth should I want a rosary anyway? I’m not a Roman Catholic, I just like saying the rosary from time to time and holding it between my palms. I do without one for years, then buy one, then give it away and get another…

After a long time of nail-biting and mounting tension, puzzling vainly where I could get a rosary today, NOW, instantly, if you very kindly please, God, I decided to try the cathedral, got in my car and drove through town.

It was traditionally cool and quiet, even though there were a few visitors around. Sure enough, the shop had cheap rosaries in little boxes and I chose pearls because they look like tears. I also bought a holding cross, chunky, smooth olive wood. Holding both in my pockets I wandered through the aisles and monuments, not really thinking of anything. Then, at last, I found a side chapel. Perfect.

I hadn’t been able to bear the claustrophobic feeling of crying at home, where you somehow know you are polluting your living space. At home too you are alone, cut off from humankind. The Lady chapel felt perfectly private and open to God, yet also open to everyone and part of the greater world. I knelt and for the first time in 24 hours of pain, I could cry and cry and cry undisturbed for as long as I needed.

The next day I went back in the early evening, thinking I could attend Evensong in a secret sort of way. I love my own chapel life, but we nonconformists can’t keep our buildings open on weekdays, nor are we either anonymous or liturgical—something I craved at that moment.

I’ve always liked the way you can go into any chapel and find yourself greeted in a highly personal hand-pumping way and offered tea as if you were the most welcome relative ever. But in a different mood, I’ve also liked slipping into a quiet Anglican service where no one attacks you with bonhomie and cake. The other worshippers pretend discreetly that you don’t exist until you introduce yourself, so you can slip into a back row with the mice.

My attendance at Evensong that day, the first time I had done so in the cathedral, was amazing. I crept in through the little door in the great heavy portal. It seemed to symbolise all I felt about being a tiny human in a big frowning castle of tradition and protector of the patriarchy; I was a mouse among some very big cheeses indeed.

Oh dear! It became apparent that there were some tourists wandering around, but Evensong was to be done by a few gentlemen sitting in the choir stalls who looked ecclesiastical. I couldn’t possibly join the high-ups in the choir stalls! It seemed that I would be all on my own in the body of the cathedral.

I was, of course, rescued by an angel. In fact, by two angels. The first of them welcomed me, called me up to the choir stalls and seated me next to him in a stall called Sanctae Crucis. The other one found my place in the prayer book, told me it was ‘spoken Evensong’, and what to do about the responses, especially that tricky pause in the middle of each verse of the psalms.

They both smiled at me and engaged me in polite, non-invasive conversation on our walk back up the hill to the car park. Because I have incompetent aortic valves and breathlessness, these spry oldsters had to moderate their pace to my infirmities.

The angels, of course, were cleverly disguised as two retired clerics, one Anglican, one Roman Catholic. It is amazing how much spiritual direction and solace can be obtained in a slow walk up a hill. I knew that if I turned my head I would see their wings, but I kept looking straight ahead because it would have been too much for me.

After such a good experience, I began to attend almost every evening for the next few weeks. If I couldn’t make it there, I would go to the short morning mass at the Catholic church, five minutes’ walk from my home and get a blessing.

It was there that I later experienced a great healing of my relationship with my long-dead mother, which is, as they say, another story for another time.

Oh! By the way, the rosary with the heart-shaped beads that I had lost turned up on my bedside table three days later, having presumably done its work of getting me to the cathedral. Which is, of course, known as the ‘Mother Church’. Thanks be to God, Our Dear Mum who art in Heaven.

When I came home and parked the car today
God said to me, “Please come for a walk,
down by the river. Come with Me!”
I thought – I want my tea, a little sleep,
a mindless program on the telly. But God was
teasing me, as if I was a child. He said,
“I want to show you something. What if I say,
‘pretty please with a cherry on?” So I went.
We walked through the park and to the river,
in the teatime, glowtime, of the autumn sun.

There I saw the white dancer, the Birch Tree,
leaning breathless towards her Linden lover.
His trunk was mossed with green. Sunshine,
reflected from her leaves, transmuted all
to peacock and to gold. The trefoil ivy twined
to join them in a heart to heart embrace.
They demonstrate the Alchemist’s retort
‘Green is for Go, the way is clear!’
Heaven shines before me by the water.

I longed to share it. When a man passed by, I said,
“Look, isn’t the river pretty in the autumn sun!”
He answered in a foreign accent, quite confused,
then laughed and smiled and thanked me nicely.
The next man, wheeling his bike,
Was typically embarrassed, didn’t say a thing,
but as he moved away he called back to me,
“I love coming out, this time of year, seeing
the sun on the leaves!” and I called “Thanks!”

We are three points on the ivy leaf, linked by water,
drawn up from the river, through the roots.
I am a birch leaf, I am the moss, the bank, the sky.
I am the passing strangers, and they my lovers.
I am Heaven itself, and Heaven is me,
here by the water, by the river, in the gold.

Then God said, “You can go home now.”
So I went home to have my tea.
I slept on the sofa, while God watched my dreams.
He held my hand and said, “Thank you, my Beloved.”