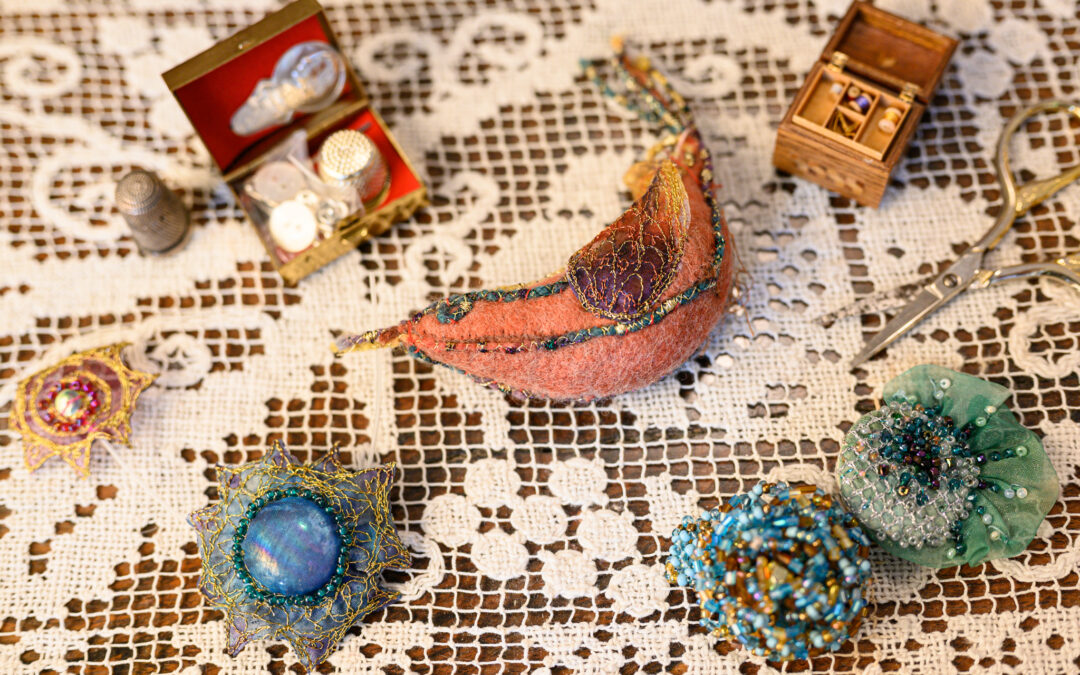 I have always enjoyed sci-fi and was hooked on Isaac Azimov many years ago. I also loved a much more recent visit to the Space Museum, near Leicester, where you can have your tea under the looming bulk of a Russian rocket and pretend you are a spacewalker in a special suit. So, of course, I loved the 1977 Spielberg film ‘Close Encounters of the Third Kind’.

I’m also a devotee of really awful puns—like the ones you get in crackers. When I got nearer retirement it was therefore probably inevitable that I would start writing and collecting up a series of little vignettes under the generic title of ‘Close Encounters of the Third Age Kind’ (ouch!).

Here’s the first one:

Close Encounters of the Bird Kind

A great many years ago I had a sort of holiday epiphany or revelation. It came at a time when I was working extremely hard as a child psychiatric consultant and clinical director at St Cadocs Hospital in Gwent, where I stayed for nearly 30 years. The pressure sometimes made me feel like some kind of desperate mountaineer, toiling up slopes to ever-receding summits. Holidays were incredibly precious, a gap in the unrelenting responsibility of clinical work. I would see myself as reaching a chasm of tiredness and hoping I could survive the leap to the sunny uplands of a week’s holiday in order to keep going.

Something had to change. In this case, me. One day, walking in the grounds of the hospital, hurrying from one rush to another, I heard the cry of a lone seagull. Tossed and rolled on the winds from the river, the young bird swooped and squawked piercingly above me. We seemed to be in a dance together, his black and white plumage flashing, my hands upflung. I was entranced. A Close Encounter of the Bird Kind.

Suddenly I was carried back, re-experiencing a moment on a long-ago holiday in Devon with my late husband and young children. I seemed to be listening to gulls fighting, looking at the water under the pier, hearing it gurgle and splash, tasting the salty, fishy air. “Oh My!” I thought, “I’m on holiday!”

It was over in an instant, but my thoughts went on. Sometimes, when we are asked if we enjoyed our holiday after our return, we may well say it was wonderful and mean it. We’ve been free and relaxed and had fun. But during the actual time away, most of us don’t really think of that. Only in the briefest of moments do we consciously have that joyful, ecstatic knowledge, “I’m on holiday!”

What if such a feeling could be bottled and sold? Is that what we are trying to do when we bring back broken seashells and drying seaweed or hideous souvenirs from tourist destinations?

Why should I not experience that at any moment I choose? I answered my own question by trying it out. At any pause in my day, or the connecting times between tasks and places, I would say to myself, “I’m on holiday!”

It would now be recognised as a form of mindfulness, of living in the moment, but even though I had spent time in meditation and on retreats, I didn’t quite see that this was what I was doing or that it was one way to get into relishing the ‘now’.

I can recommend it though. I went on doing it pretty well every day, till retirement made them all holidays. My longest ‘holiday’ was twenty minutes in a bluebell wood. My shortest, twenty seconds by the side of the road.

Mostly I used this new practice as I walked across the grounds of the hospital. Designed and planted up when the place was home to many staff and patients, it had the layout of more spacious, gracious days. Interesting shrubs, placed carefully to allow views on rounding corners. An avenue of lime trees that were once threatened by ‘progress’, that is to say, being chopped down. I and the other staff swore we would chain ourselves to them if necessary—that would have been an interesting ‘holiday’—but of course in the Alice in Wonderland world of hospital management, nobody ever actually did anything, so the threat passed.

Sometimes, as I walked the long corridors, my eyes half-closed, I would create a more exotic holiday for myself, footsteps deadened as I passed ancient tombs or smiling statues, all of them gone, pfff, in a breath of air if I opened my eyes properly again. I could conjure up a six-foot-tall dog-companion, look down vistas of sparkling ice, or vortices of strange galaxies, for the time it took to get from ward to office.

Some holidays were just ordinary. The taste of hospital curry could easily transport me to the orient, chips to Yorkshire, and the lights of Caerleon on a winter evening become the Blackpool illuminations.

One sunny day, after finishing my Pontypool clinic, I bought an ice cream at the corner shop and ate it by the side of the road. “I’m on holiday,” I thought, as I stared over the valley. Then I went on and up to a house visit on the Varteg, as refreshed as if I had been away for a week.

My longest holiday? The twenty-minute one? It was a spring day and I had just finished visiting a school. I had thirty minutes before my next appointment in the hospital, a five-minute drive away. I had a million and one things I should have been doing, but a row of trees and bushes edging the road intrigued me. I parked and walked in for a few yards. Magic! It was a strip of bluebell wood in the middle of nowhere. When I say strip, I mean it too. The flowers were concentrated in a long narrow ribbon so that only a few steps forward revealed the parallel road at the far side. But if you stayed quite still in the middle, you could believe you were in a forest, miles from any town. I sat there, breathing in the scent, watching the earwigs and spiders, and studying the many shades of the bluebells with attention and love. After twenty minutes of deep peace, I was happy to return to the car and my work. That was a really good, long holiday.

The twenty-second one? I wanted to cross the road and there was a car coming. I noticed in myself the irritation of my inner demigod who believes the world should always stop and give way for me, and can’t bear to wait for anything. Pulled up short by the pettiness of my impatience, I said aloud, “I’m on holiday”. Peace flooded through me. As I stood on the edge of the pavement waiting for the car to pass I smelled a wonderful scent of lilacs. There was a bush right over me, in bloom. Unbelievable that my self-important impatience could block a scent so strong, but it had. I breathed it in deeply and stepped across after the car had gone, filled with contentment and flower breath.