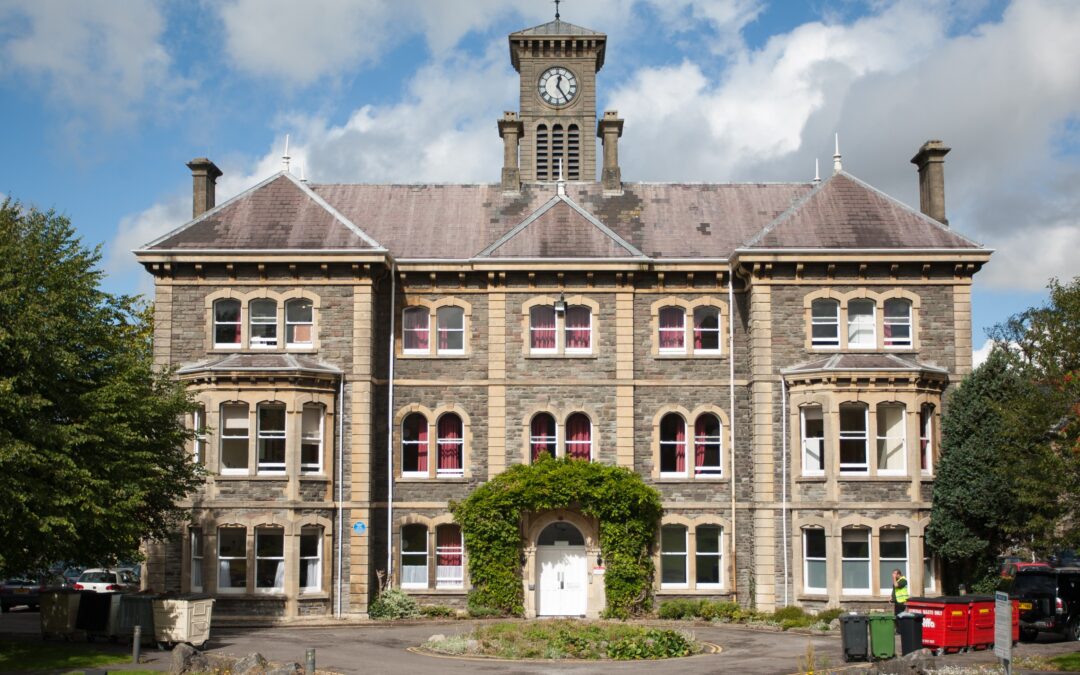 I hope the previous pieces of my life story, though maybe seeming randomly chosen and placed, are beginning to form a pattern of how I, as a person, developed and—hopefully—matured and improved through years containing times of great joy, times of great sorrow. There were also times of mistakes and failures. In between, of course, have been many, many times of mundane living, and static boredom, which I’m mostly missing out, but which we all have, however we may pretend to our friends and even ourselves that we live in a constant state of excitement!

So, I will add in here a reflection on the ‘on-call’ system as experienced by many other professions, no doubt, but a nagging life-long affliction in the medical profession.

In Hereford circa the 1960s, the on-call system within the main hospital building was remarkably primitive, but at least it didn’t involve an embarrassed porter having to come into our bedroom and shout, as they had to do out-of-hours in my first residency in Hereford.

In the main hospital building, there was a strip of three coloured lights above every door and in every corridor. Each light could flash or remain still, so every doctor, from pre-registration houseman to consultant, had a combination of one, two or three lights, still or flashing.

Does anyone remember those? Someone better than I at maths could work out how many possible combinations there were. It was cumbersome, inefficient and extremely tiresome to have to keep looking up at the lights no matter what you were doing, however urgent, then break off to go and find a ward phone—long before anything mobile.

Mine was a single, still, orange light, not flashing. I remember well that at the very end of my time on surgical, when the locums had come, my colleague Harry and I were both replaced—and found we had an evening off together, actually managing to leave the hospital for a couple of hours in the nearest pub. Awash with good Hereford cider, we walked back arm in arm. Harry looked up at the orange street lights. “Just look at that, Elinor!” he burbled, “Your light is on all over Hereford!” Well, it was funny at the time; a sort of revenge for being totally at the mercy of an electric light bulb.

Moving on, it was not so necessary in psychiatric hospitals, with few emergencies and where you tended to have to leave word of where you were likely to be and could be traced by bush telegraph from ward to ward. Later still, a wonderful state-of-the-art gadget called a BLEEP was invented and it could catch you out even on the loo, but didn’t receive sounds—you still had to get off and go and find a phone.

This was a disadvantage remedied by the next invention, the fully mobile phone. The first of these were the size of bricks and wouldn’t fit in a handbag or trouser pocket. It could of course find you wherever you were, which was much more convenient all round. The disadvantage was, it also picked up outside sounds and could therefore betray the conversation on the loo by the whooshing flush or alternatively by the pub sounds in the background, if you’d illicitly managed an escape from the hospital.

Now we are all, on-call medics or not, really at the mercy of our mobile phones day and night, with a whole lot of etiquette that you ignore at your peril. Somehow, one just can’t win.

In October 1964, after my year as a pre-registration house officer in Hereford, I was fully on the medical register, and I was free to follow my calling. I started a job as a senior house officer in a mental hospital on the outskirts of Bristol, just after my time in Hereford, so as to go straight into psychiatry, my specialty of choice. Roger joined me after he finished his second six-month stint as a house officer and then also of course went onto the medical register. So I was there on my own for six months, but free almost all weekends to go back to Hereford and join him.

The mental hospital was a large, imposing building in a suburb of Bristol. Once known as ‘Fishponds Asylum’, by my day it had become ‘Glenside Hospital’ and brought some way up to date. I truly loved my time there and felt quite at home from the very beginning—which probably says more about me than I care to think about.

I wasn’t just standing and gossiping, I was sitting with people who were willing to reveal their deepest fears and secrets once I understood the key. This ‘key’ was an intensive, thorough and well-thought-through ‘history and examination of the mental state’, starting with the patient’s own words about their concerns and only then leading to a formulation of their lives and problems. This could be carefully conveyed back to them, followed by a discussion of the treatment plan.

This was, of course, the ideal and used for outpatients and those newly diagnosed with severe illness, admitted to the acute wards for a period of treatment, after which they would go back into the community. It was certainly not always possible to follow with most of the long-term inpatients under my care who had been there for years. Some of these were either still psychotic and often unwilling to talk at all until they learned to trust you. The vast majority of our patients were ‘chronic’ ones who had been in for years, with little hope of leaving. No wonder people had a dread of ‘going into Fishponds’, as with all other mental institutions.

My first consultant was a meticulous Scot who taught me the basics well and to a high standard. I am grateful for the rigour of his approach, though he had a few unfortunate old fashioned phrases. “Tell me, young man,” he would ask blushing youths, “Do yer abuse yerself?”

He expected—a vain thing normally—that the chronic patients would be fully assessed both for their physical and mental state at least annually. Blowing the dust off the files, metaphorically, it seemed that hardly any of them had been checked by anyone for years. Being—as I have said elsewhere—something of a goody-goody, I set myself to see all of those chronic patients in wards under my care during my six-month time there.

I am so glad I did! No textbook, nor indeed my training otherwise, could have been half so useful as this seemingly routine task, nor would I have tried so hard to make contact with later patients with anything like the same devotion. The files probably went on gathering dust unseen for many more years after that, but I took away a great deal from this six months’ work. The stresses were nil and on-call work was a doddle compared with the previous year. My mind and my heart expanded accordingly.

I have always tried to see things from the patient’s point of view (a discipline which I was not to find common in psychiatry until I got to the academic department run by Prof. Ken Rawnsley) but this was limited by my lack of training and life experience. Like most young doctors, there was for me at that time a clear line between me and the patients, not just in the appropriate sense of the Hippocratic Oath, but in a feeling which was really of superiority, unstated and unrecognised. One way of dealing with a fear of madness is to become an ‘expert’ in it, a carer, to offer a hostage to the gods to take others, not yourself.

Life itself, with all my experiences of my own fallibility and inadequacy, has levelled the playing field and I can honestly say that any feeling of superiority has dissolved—it is much more a case of ”there but for the Grace of God—plus good genes and good luck—go I.”