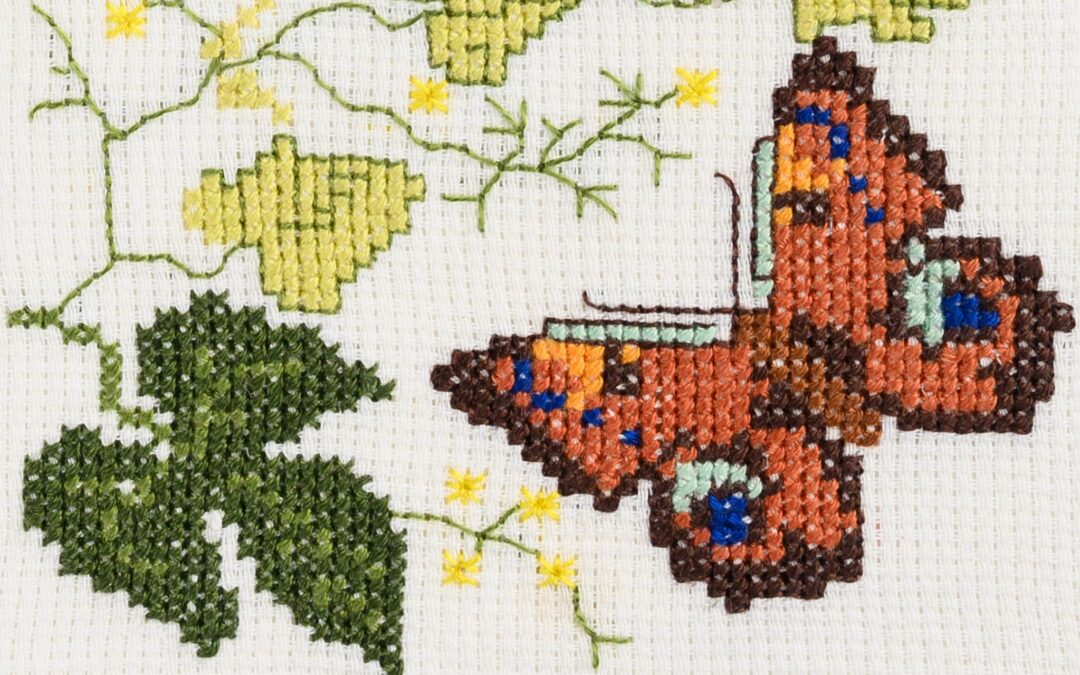 My next two pieces of memoir relate to the setting up of the palliative care service in Cardiff, in which I was involved almost from the beginning, and still am today.

It would be rare if anyone could claim to be the sole generator of an idea or institution, and I make no such claim. However, I was fortunate enough to be present from the very early meetings, discussions, and working practices of the group that later became the George Thomas Trust for Palliative Care in 1984, and eventually, the City Hospice for Cardiff and the Vale.

Not all communication, even in words, comes from human sources—or even from this world. For me, it started in late 1979, with a strange experience. During one of my periodic attempts to practice contemplative care on a regular daily basis, I became aware of an interruption every time—a sad, sighing voice. At first I tried to block it, but it became more insistent, so I started to listen to it. A sighing female voice saying, “Oh, I wish we had a hospice in Cardiff!” “Why don’t we have a hospice in Cardiff!?” “Oh, we should have a hospice in Cardiff!” Over and over again, with slight variations, but always this sad, soft, unearthly plea.

I knew little about hospices or indeed palliative care in those days. Of course, as a junior House Officer in A&E, I had seen much tragedy and trauma, as part of the job. Again, in Whitchurch Hospital, I had done my share of prescribing for the dying elderly patients and then certifying death as the Responsible Medical Officer. I had also had my share of tragedy and death in my personal life, but never of care for the dying themselves. In those early years (1968 on), palliative care as we understand it now did not exist.

So! I kept hearing this sad voice pleading, and I asked God out loud one evening for a more definite sign if I was meant to be doing anything about this. On that night I was on my own with my elderly Aunt Joyce in Sussex. I woke in the morning after saying this prayer and came down to breakfast.

The very first thing my aunt said to me was, ”Oh, I’ve just heard such an interesting talk on the radio, by Cicely Saunders, about the hospice movement.” There was no reason my aunt should have said this. She was not ill, nor indeed thinking about dying—nor knew of my repetitive thought.

So I returned to Cardiff, very thoughtful, and that night had a minor blip—which I now see as very amusing. As I tried to sleep, I was thinking about the voice, which I felt was probably a telepathic experience of a real person somewhere, and what it meant. Almost certainly, I decided, in the usual self-important way we humans have, it meant that I must build a hospice. Not quite literally—I am not mad enough to enrol as a bricklayer—but by getting the money. So, in the early hours, I struggled with the idea of how to get money. Well—obviously—you go and ask a Very Rich Person!

The only local millionaire I had ever heard of was Julian Hodge, through the newspapers. I struggled with the apparent command that I must find a way of getting in to see Julian Hodge, in an office somewhere, to tell him to please ‘“Give me a million pounds to build a hospice in Cardiff.” What a crazy mindset one can get into when wakeful in the small hours! I really thought, for a short while, that this was what I had to do, and it terrified me, I’m not as insouciant as, in old age, I may appear. However, I eventually shouted aloud: “Yes! I’ll do it!” into the void and slept peacefully till morning.

Of course, in the light of day, I laughed at the absurdity of that way of doing things. It was almost certain that other people were thinking about this too and I needed to find what was already going on, then I could offer my help, not interfere in other people’s plans by setting up a rival organisation.

As it happened, I had previously worked for six months in Velindre, so I still had some vague contacts there. And of course, my ever-supportive husband, Ken Rawnsley, as Professor of Psychiatry, was known to almost all the Cardiff GPs. So it wasn’t difficult to find that a major cancer charity had a nursing home in Penarth, which was obviously helpful but covered only cancer care, not the whole range of terminal illnesses. There were other charities too, but none of them seemed to be particularly working in Cardiff.

It seemed there was no local group for me to join at that time. However, I quickly learnt that a Consultant at Velindre and a few General Practitioners had been working together previously on the need for a hospice in Cardiff, but had disbanded a year previously. I got in touch with them and we remade a small working group who were still interested, consisting at first, besides myself, of the Velindre doctor, whose name I’m afraid I can’t remember, and a remarkable GP husband and wife couple, Dr Michael and Dr Margot Richards, living in Llandaff. We soon acquired a few more interested parties.

I remember well how kind Margot Richards was. Many of the meetings took place in her beautiful garden with tea and cakes. It stayed as an informal interest group for a long while, as we were all very busy, but we made new helpful contacts, notably Dr Ilora Finlay (now Baroness Finlay).

It became obvious that the real need was to find out what the public, the patients, wanted. Dame Cicely Saunders, that amazing pioneer, had transformed the whole attitude to terminal care. The movement had now advanced enough for many of the hospices to be suffering from an inevitable overload of cases and a depressing fight to keep afloat with buildings and beds in ever-increasing need. There was also talk around that time of services based on care at home, without the huge expense of beds and all that came with that.

With our little group, I arranged a day meeting, the venue and refreshments being provided free by my church, Llandaff Road Baptist Church. It was chaired by Ilora (now Baroness) Finlay. The public was welcomed and by word of mouth, many individuals and families with an interest were contacted to get at least a straw poll. This was done by questionnaire to ask what people felt was most necessary. I’m sorry I did not keep the results, but the result was an overwhelming wish by those attending, for themselves and their loved ones, to die at home and only in a hospice building or hospital if they absolutely had to. We had our answer.

Around this time, in 1980, Julian Hodge quite separately brought to Cardiff an order of Catholic nuns, The Little Company of Mary, whose calling is to nurse the dying. Being a very sensible woman, the Mother Superior of the order told him that her first task was to find who was already involved and she was quickly referred to our working group. So we were enriched to have Sister Kathleen Grew, Sister Kevin Murphy, and Sister Phyllis Burns.

We were delighted with this, of course, and we quickly became a more formal hospice care group, with Dr Nigel Stott as chairman, myself as secretary, and a very small committee to support the work of the LCM Sisters. Julian Hodge, assisted by his own sister, generously bought them a house in Ty Gwyn Road, Penylan, as a base, and our newborn charity operated from there.

Quite early on and before this more formal structuring, we had a less official meeting at which I met Julian Hodge for the first time. I remember that his sister, a very nice lady who helped us a lot, was present, plus three or four of our group. At this point—with an almost exquisite symmetry which seems unbelievable, but I promise was true—I found myself in the exact opposite of my imagined interview in the night. I was being offered a million pounds to build a hospice—and I was refusing it! Julian Hodge was trying to persuade us to accept a donation of one million pounds, but with the proviso that we used it to build an actual bedded hospice, for which we would become completely responsible. He had something of a record of one-off financing and donating wonderful buildings—but the charity then had to spend all its time and money on maintenance.

I have never, before or since, been in the position of being offered a million pounds—and certainly not of refusing it! But at that meeting, it became evident that I was the one who had to take him on, and it became a very polite duel between the two of us, in which I was—gently—having to refuse his offer!

I had learnt a lot since my innocent idea of what was wanted in that sleepless night, when I imagined my job was to ask someone for a million pounds to build a hospice. Now I fully understood how the purpose of the work must always come first, which takes time to evolve. Also, that one million in this context was a very paltry sum!

So I begged him to let us have the money and trust us, describing exactly how we would use it to further a home care service, which he refused to do. In spite of that, I developed a great deal of liking for him and enjoyed the verbal, almost flirtatious, sparring over it.

The meeting ended in a polite stalemate, but with handshakes all round, and I was told by his sister, through other contacts, that he was well impressed by me. In fact, Sir Julian (as he later became), was one of our most generous and helpful patrons, since he took my refusal not as a defeat, but as a challenge.

He must have taken it all in too, because in effect, that was what he financed on a recurring basis, finding roundabout ways to fund us through his foundation; a great tradition continued by the family. We have had, through these offices and many other volunteers, far more money overall than I had innocently prayed for!

The Hodge Foundation bought another nearby house in Penylan, with a beautiful garden, from which the charity worked for several years until the present purpose-built Hospice Centre in Whitchurch, Cardiff, was opened formally by the Prince of Wales in 2005. At Sir Julian’s request, it was named after George Thomas (later Lord Tonypandy) who became another great source of support as our patron.

The Sisters of the Little Company of Mary were expanded and continued to live in the first house that Sir Julian’s foundation had bought. Sisters Kevin, Kathleen, Phyllis, Mary, Colette, Dorothy, and Margaret, could live comfortably, attend to their religious practice, and work with patients. There was no lack of these, referred by local GPs.

When the work of the budding service started, I much enjoyed the friendship that quickly developed, meeting with them at least fortnightly, to discuss their cases. This was not ‘supervision’, as I was not qualified for that, but a friendly meeting to support them and for myself to learn from them. I was often allowed to stay on for their evening prayers. On occasions, when I lacked care for my daughter, Amanda, she would come with me and be carried off to the kitchen to be amused by making gingerbread men with Sister Phyllis, and fed as necessary. These are among my happiest memories, and though sadly some of the Sisters are no longer with us, it was a joy to hear from Sister Margaret recently.