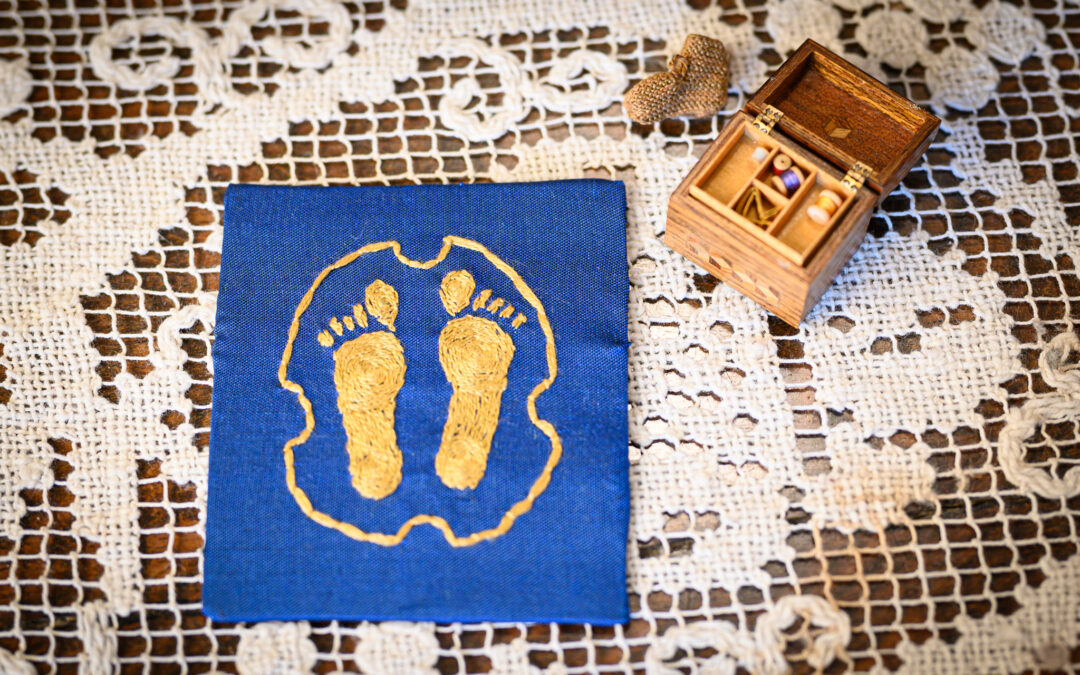 St Peter was finding it very hard to cope and he took his complaint directly to God.

“They sing beautifully. I love listening to them singing about Me,” says God.

“That’s all very well and good,” says St Peter, “but what about all those songs about little saucepans and much, much worse things? I just can’t control them when they get going on a Saturday night!”

“How about the women?” says God.

“The women are fine,” St Peter replies, “Sure, they gossip a bit and they argue about who knitted the best socks for St Michael, but they’re no trouble at all.”

“I can’t send the men away,” says God. “That Evan Roberts the Revivalist will complain about the trouble he had getting them here in the first place and he’ll come and preach a sermon at me. Goes on for eternity he does, arguing about the Bible. I sometimes wonder who invented Bible Study—him or Me?”

So, St Peter goes back and puts up with it, but after a while he’s back, complaining to God again.

“It’s still those Welshmen!” he says. “Now they’re arguing points of theology about something called the offside rule! I’m a simple fisherman from Galilee. How can I be expected to decide over it? It’s doing my head in!”

“It’s Welsh,” says God. “I know it because it’s the language of Heaven, see?”

So St Peter goes outside the pearly gates and shouts, very loudly: “Peint o gwrw a caws wedi pobi!”
At once all the Welshmen rush out of the gates. St Peter slips back in and locks them out.

Of course, what ‘Peint o gwrw a caws wedi pobi’ translates as, roughly, is ‘A pint of beer and cheese on toast.’ God sets up a pub outside, where the men can go and spend eternity arguing, drinking and eating cheese toasties. They go on believing they’re in Heaven so they’re perfectly happy.

The women are very pleased that the men don’t come back drunk on Saturday nights, messing up their clean kitchens. By now they’ve probably knitted enough socks for St Michael and all the angels to last for eternity. And as St Michael is too kind to tell them that he really prefers his own brand (Marks and Spencers), they are perfectly happy too.

All was peaceful in Heaven, in the warm light of the early evening. The Archangel Raphael was enjoying an early evening snooze in a peaceful meadow when a beautiful little child in a white robe came up and said urgently, “Uncle Raphael, wake up. I want to tell you what I just seen!”

Behind him, panting a little to keep up, was another archangel. Raphael greeted him pleasantly,
“Hi, Gabriel. I thought you were babysitting this afternoon. What have you been up to?”

Before he could get his breath, the little boy said enthusiastically,
“Oh yes, Uncle Gabriel was just ace! He showed me all sorts of things happening on Earth through a special glass.”

The little boy appeared to be about six years old. He wore a long pearly white robe, and under an untidy mop of curly hair, his face glowed almost golden. Indeed, whenever he smiled, the air around danced with golden light. He laughed a lot and the two angelic beings couldn’t help but smile at him adoringly.

“Sounds like you were breaking the rules, Gabby!” said Raphael quietly, out of the side of his mouth.
“You know how much he loves to see what’s happening down there, Rapphy”, said Gabriel in a similar fashion. “It’s ever so hard to say no!”

The archangels Gabriel and Raphael were on babysitting duty for the child.
“I don’t know what time his mum’s coming back. Leaves me to do the lot, bedtime stories, bathtime, entertainment… it’s lovely, don’t get me wrong, but it’s hard work at my age, keeping up with the nipper. So what if I give him a portal down to Earth for a bit?” said Gabriel.

There was no stopping the child, who poured out what he had seen, delighted to have an audience.

“I’ve seen a lady, I think she must have been a saint—Sweet Fanny Adams she was called. Well, I didn’t exactly see her but these two men shouted out her name.”

Resigned to hearing the whole, Raphael and a slightly guilty Gabriel sat down on the grass and paid him total attention.

“The name came to me in a flash,” said the boy “ I mean it actually was a huge noisy flash. There were these two men, see, in a street, no other people and they were beside a great big metal chest with funny numbers and things on it. One of the men said ‘That’s the one, the cash machine on the corner, as we were told.’ Then they were playing games with things—you know—like on Saint Guy Fawkes night with all the lovely flashy lights?”

Gabriel thought of correcting him but sighed and refrained. Two millennia of Sunday schools had slightly dampened his ardour for religious, or any other education.

The child continued. “There was this wonderful terrific big flash and a huge BANG! Just like I was telling you! Both the men did the most beautiful somersaults backwards and landed on their faces. Then they got up all muddy and bloody and were saying all sorts of very religious words.”

Raphael thought for a moment to ask exactly what words, but then quickly thought better of it and motioned the child to go on.

“Well, the front of the metal box was gone away in the bang, in all directions! The men went up to it and one of them said with really, really deep feeling: ‘And after all that, what do we get? SWEET FANNY ADAMS that’s what we get!’ Then they ran off very fast and I closed the portal ‘cos the fun was over. I don’t know what saint she was? Sweet Fanny Adams, but she must be nice to come with a bang and a flash, mustn’t she? Most saints aren’t nearly so exciting.”

Gabriel looked at the boy. “You know,” he said, “I have told you before, saints always, always have the letters ‘St.’ before their names. Guy Fawkes didn’t, so—honestly—he can’t be a saint. Are you sure that Fanny Adams was either?”

Raphael also cut in, “Also, are you quite sure, dear child, that those two were good, religious, god-fearing men?”

The boy looked thoughtful, “Well…” he said, “They called on God a lot, very colourfully. They were in nice respectable clothes too, very covered up. Not like beach bums. Black all over with black hats and face masks. They had a big bag with the letters S W A G on it—perhaps the little ‘t’ had fallen off and it belonged to St. Wag?”

Gabriel signalled to Raphael, “I think perhaps these men were under St. Reetwise and St. Ealing,“ he whispered.
“Not to mention the utterly St. Upid,” replied his friend.

Gabriel turned back to the child who was still beaming with happiness at how enthralled his lovely uncles had been. “It’s bedtime,” he said, tucking a white cloud under the child’s chin, “but how about I let you watch a really lovely grown up Earth show as a treat because you’ve been so good?”

The child clapped his hands and shortly was watching a wonderful scene of gorgeously dressed dancing couples. They whirled and pirouetted, threw each other around the dance floor, all to the most amazing music, even to one accustomed to angelic singing. The child watched, entranced. “I want to do that too when I grow up!” he cried.

The archangels exchanged serious looks, then Raphael raised his eyebrows and said, quietly, “No harm in that—it’s surely alright for us to give him the happiest possible childhood?”

Gabriel turned to the child and said “That’s fine. Whenever you want to join in with that dancing group, you just call for the saint in charge of them to come.”