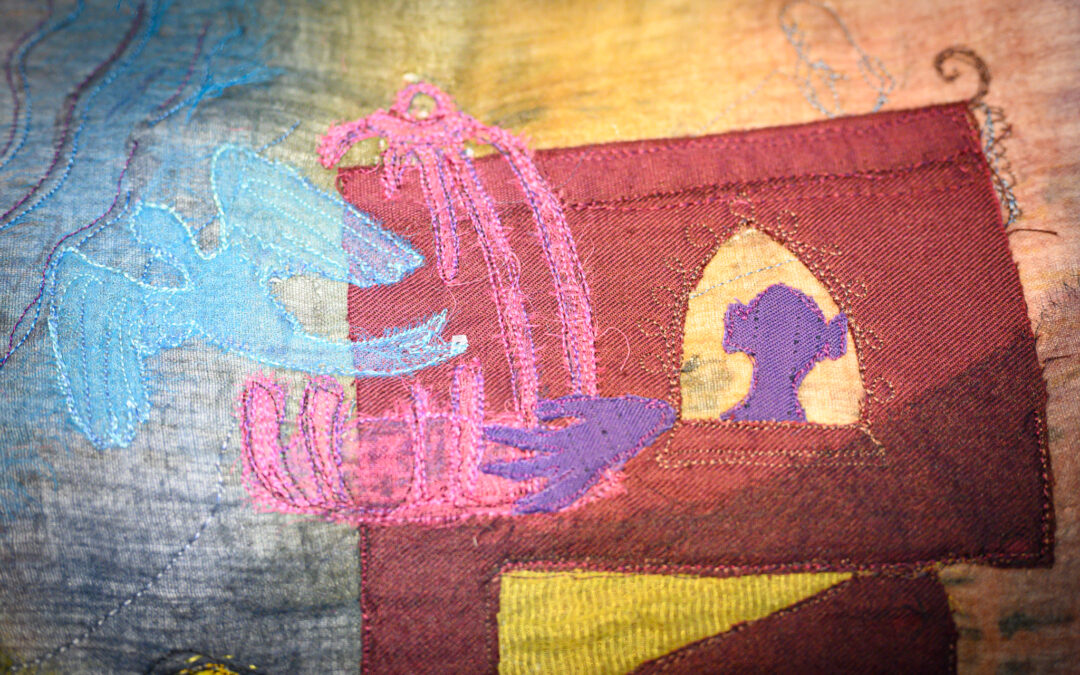 These two buildings were the headquarters for the child and adolescent service for Gwent. They were in the very attractive park-like grounds of St Cadoc’s Hospital in Caerleon. They had started with Pollards Well, built many years before as a private residence for the superintendent of the hospital. As a children’s unit it was large, comfortable and not intimidatingly institutional. It made a good place for younger children.

Ty Bryn for the adolescent patients, age 11 to 16, was a new build at the time I started working there. It was a large, one-storey prefabricated building, a very basic place, covering offices of all kinds: outpatient waiting area, clinical offices and rooms for the nursing staff, along with a number of bedrooms for adolescents, a teaching wing with three classrooms and all other facilities for the needs of outpatient and day-and-inpatient children for Gwent. There was another identical building opened at exactly the same time in Cardiff covering South Glamorgan, later known as the Harvey Jones Unit.

Maybe it would be interesting to give a little more detail about the sort of work our team did—or a least give an idea of some of the youngsters we saw and the routine work with children and especially adolescents that I was doing throughout those years. Of course, much of it was quite low key and repetitive—but the individuals are always wonderfully varied.

After diagnosis and discussion, the nursing and other therapists in the unit, including the teachers, occupational and physiotherapists, did most of the long painstaking work with the youngsters. There would be a medical meeting with some of the nursing staff every day, including of course the community nurses, and all of the staff met every Friday afternoon. The consultants also did a lot of clinics in other hospitals and home visiting and I often worked with the parents and sometimes larger family groups in ‘family therapy’. We also trained junior doctors, on rotation in psychiatry, through each sub-specialty and hosted medical students at times. I loved the teaching side.

Let’s meet some of the youngsters. I have changed their names and protected them by removing any overly identifying features. Remember, this is from the 80s and 90s. These notes were from a list I found recently but made in the late 80s when I spent a lot of (usually extra) time visiting GPs and nurses in health centres, residential and day facilities for social services, and all schools, etc. to try and tell them what we were doing and the sort of cases we could help them with—and what we couldn’t. Just as an example, we were not in any way funded to treat learning disabled children, who came under a completely different team. Sad and irrational as this policy was, it was imposed from above by the authorities who funded us. We could therefore not treat these children—because children of course they were—without seriously affecting the standard of care for our group. We nonetheless communicated a lot with our colleagues on this and other boundaries.

Louise is 15. Her teachers and parents are angry with her for ‘daydreaming’, but the educational psychologist is not convinced it is a problem of behaviour and wisely sends her to us for urgent assessment. On her way to see us she apparently walks off the pavement almost under a car, which doesn’t seem to me like daydreaming. Not long into the session, I observe an ‘absence’ accompanied by a complex series of finger movements like rolling a cigarette. An urgent request for an electro-encephalogram confirms her temporal lobe epilepsy and she has joint treatment from myself and the neurologist, with continuing work by the Ed Psych in the school.

Gavin is only 5. He is referred by the paediatrician. He lives with his mother on the Ringland Estate (notorious!). Mum has been depressed since he was born and her latest boyfriend in a long series is a drug dealer. Gavin is completely confused by the unpredictable adult behaviour. Sometimes he’s up watching violent videos all night, sometimes he is screamed at and sent to bed straight after nursery school. The debate is should he be taken into care (known to be disastrous) or left where he is (also known to be disastrous)? He is excitable, hyperactive and almost out of control. It proves impossible to get his mother to attend clinic regularly—but when all seems lost and the social worker puts him on the ‘at risk’ register, his mother sees sense and allows him to attend Pollards Well. She loses her antipathy—born of fear—and cooperates from then on with his and her own rehabilitation through long term counselling, but it’s a long hard road for all concerned.

George is 9. He starts making funny noises and is suspended from school for cheek. The educational psychologist is unhappy about this and refers him. We agree and he is seen as an outpatient. Tourettes is diagnosed (tics, vocalisations and disturbed behaviour). He is put on the appropriate medication, then seen as an outpatient with long-term counselling for the family.

Lynette is 12 and suffers from cystic fibrosis, from which an older sister has died. She is refusing all medical help and her parents are desperate. It takes a long time for a nurse, visiting every few days, to gain her trust, but she eventually shares her despairing conviction that her case is hopeless. Working at first separately with the parents and then gradually together, the nurse helps them all to share their grief and anger and cope better with her condition. She puts them in touch with charitable organisations that can help.

John is 10. He is an odd boy, pedantic and stilted in speech and the butt of teasing in school, which results in violent attacks on other children. He is a loner and the headteacher fears he will not manage the transition to secondary school. Aspergers Syndrome (now ASD) is diagnosed formally and a period of day treatment in Pollards Well reduces his anxiety and gives him time to learn limited but helpful social skills. An interagency conference decides on his next school placement well in advance and with a gradual introduction to sympathetic staff there. He returns to Pollards Well daily for part of the school holidays for a couple of years to follow an individually designed scheme for learning social skills. He grows up as a delightful if still slightly eccentric young man, with a dry sense of humour and a very caring nature, looking out always to help others—even if he makes occasional mistakes in how best to do so.

Jane is 12 and out of the blue, it seems to the family, starts to have violent tantrums and extreme antagonistic behaviour (that’s professional-speak for kicking your psychiatrist on the shins!). It emerges that her mother has recently been diagnosed with a life-threatening endocrine disorder and not surprisingly Jane has developed an anxiety state, which she cannot otherwise express. All pressures are taken off for both mother and daughter. Home tuition is arranged and a long-term course of outpatient therapy focuses on general anxiety reduction. The relationship with her mother restores itself as a result (the psychiatrist’s shins recover even quicker).

Gareth is 14. His mother died of breast cancer 18 months previously. He has become extremely verbally violent and taken up with a gang who are stealing and vandalising cars. It’s a serious downward trajectory. The police refer him and he is seen on a regular basis for bereavement counselling and to support his father, who is also put in touch with CRUSE. The father tries to readjust his work hours to allow him more time with his son at the weekend, but he can’t. However, he arranges for an old friend to give Gareth a nominal ‘job’ on Saturdays in his garage. The old codgers working there won’t stand any nonsense but they look after the lad, who blossoms in this masculine, grown-up atmosphere. Sadly, health and safety rules mean this would be impossible now.

Julie is 15. She is referred by the GP for difficult behaviour at home. That proves to be the tip of the iceberg in a very disturbed, completely dysfunctional family, with all of the children showing problems. It emerges that she has been horrifically sexually abused by her mother’s boyfriend. He is prosecuted, unsuccessfully, because of a legal twist. Julie’s mother breaks up with him and does her best to hold this very fragile family together. Julie herself develops symptoms of obsessive-compulsive disorder and later becomes anorexic. A plan is made for the child psychiatrist, the community psychiatric nurse and the educational psychologist to work together, giving support to Julie herself, her mother and other family members who are—not surprisingly—showing emotional and behavioural disorders. In practice, it proves extremely difficult to get all these agencies to work together, however much the individuals try to do so. We manage to get her through some years of anorexic disturbance, but the family fragment even more and we lose touch. It is ethically very difficult to find out how someone is doing long-term, because they may definitely NOT want someone inquiring about their mental health years later, revealing what may be a secret.

I would like to note here that young girls with anorexia nervosa were a large part of our work. It is a very serious illness with a frightening mortality rate unless recognised, taken seriously and treated with great care and understanding. It occurs increasingly in boys too. Our team in this was led by our long-term senior sister, Joy Jones, who worked for many years to understand and treat the condition, becoming a recognised authority on it and passing on her knowledge.

May I be indulged if I end here by putting in a poem that I wrote as a sort of tribute to all these girls, struggling with eating disorders, particularly those we could not save?

Epitaph for an anorexic girl

This girl never blossomed, never bore fruit.
Her life was broken by secret battles
In a war no-one ever declared.

She fought determinedly through fat and thin,
No-one gave her an alternative.
There is no ceasefire.
No armistice.
No medal
No honourable discharge
No peace in our time
For this bone-thin army of girls,
To which she never knew she was conscripted.

This girl thought that she alone had heard
The call-up trumpet thrilling in her gut.
She wore the pared-down uniform with pride.

When at the end she found herself alone
In a muddy foxhole
In no-man’s land
Blindfolded
Deafened
And gagged,
She fired randomly at friend and foe,
And rescue came too late.