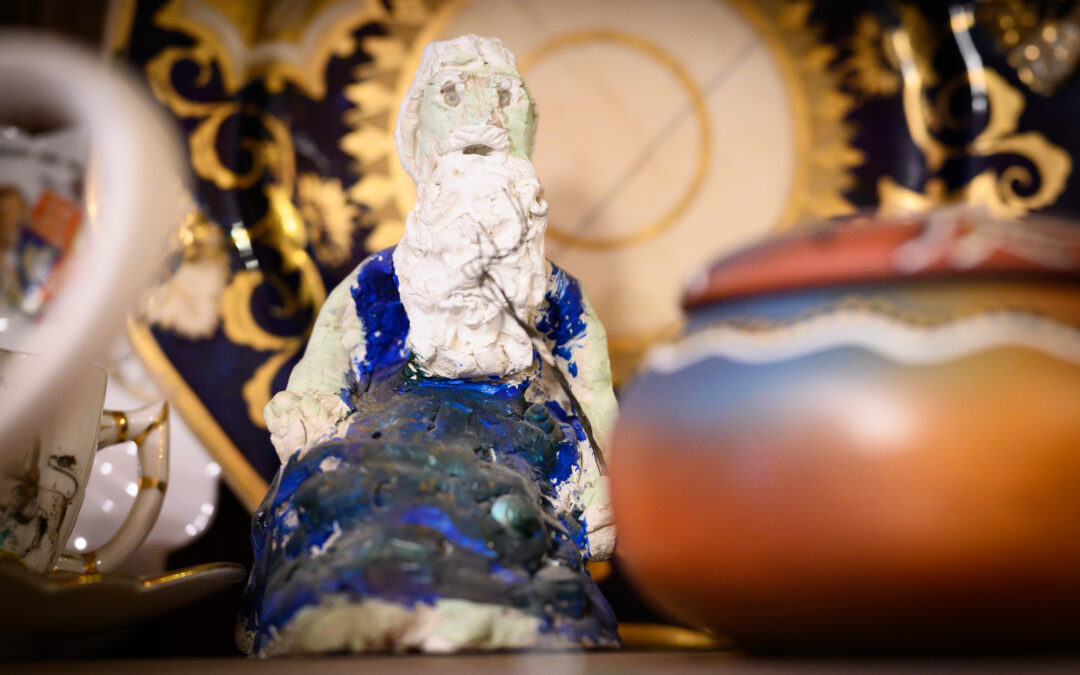 The Old Man in the garden says, “I made mistakes. What’s done can’t be undone. I’ll try again someday, but just now I’m tired and bored with them. Should I just squash the clay and start again?”

The New Man says, “It’s the Woman’s fault. She talks too much and doesn’t stop to think enough. Why can’t she just get the idea that I’m hungry and get me something to eat?”

The New Woman says, “That Man! Never talks to me unless he’s demanding something to eat, or making me make all the decisions. So—I make them and then they turn out wrong and he blames me! So, I got it wrong. Am I supposed to be wise already?”

So, the Old Man took the Child by the hand and they walked through the garden, the Old Man bending over the Child, heads together, pointing out bright new things to each other. They looked at all the flowers and fruit and tasted some of them. They danced together under the trees and out by the edge of the river and the Child fell in, but the Old Man fished him out again. They danced some more until they were both dry and breathless. Above all, they laughed and joked and laughed again like nothing you’ve ever heard on earth.

*For anyone who doesn’t know, the title is Cockney rhyming slang for ‘you’ll never believe this’.